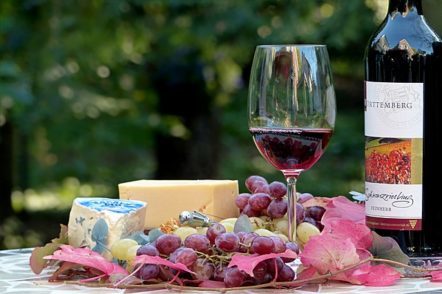 Symptoms like headache, dizziness, itchy skin and IBS are very often related to food intolerance or allergy. While immediate allergies (mediated by IgE antibodies) are pretty easy to identify due to symptoms appearing minutes after ingestion of the trigger food, IgG-mediated food allergies often remain undiagnosed due to the late appearance of symptoms. Symptoms of delayed-onset IgG allergy can sometimes occur hours or even several days after consuming the offending food.

ImuPro specialises in identifying delayed IgG food allergy (also known as food intolerance), with avoidance of the intolerant foods often bringing significant relief to the patient, however sometimes symptoms can persist even if all IgG-positive foods are avoided.

In these cases there may be another underlying cause.  As well as IgG testing, ImuPro Australia also offers testing for other causes of food-related symptoms. Histamine intolerance, for example, can also be associated to symptoms including gastro-intestinal disorders, hypotension, headache, nasal congestion, fatigue, arrhythmia, skin disorders, including itching, hives or rash.

Histamine is a natural and important compound of the human body, regulating blood pressure, the immune system, and also having involvement in the nervous system. In general, the body is able to balance histamine release with no negative impact on the body. In allergic reactions, excessive release of histamine brings on allergic symptoms and, usually, an anti-histamine will help to reduce the released histamine.

However, histamine is also present in high concentration in certain foods. Another source of histamine may be your gut flora, particularly when you have SIBO (small intestinal bacterial overgrowth) with the participation of putrefaction flora.

What is histamine intolerance?

How can you detect histamine intolerance?

Histamine intolerance can only be identified by testing the activity of Diamine Oxidase (DAO) in blood. A test such as the DAO Histamine Intolerance Test offered by ImuPro Australia will measure your level of DAO activity to determine if histamine intolerance is present.  Your diet can then be adjusted based on the findings and appropriate supplementation can be discussed with your practitioner.

Am I susceptible to histamine intolerance?

If you have any of the symptoms listed above, and they don’t disappear after an ImuPro guided IgG-exclusion diet, you should consider checking your DAO activity.  Other signs of histamine intolerance include chronic low blood pressure, excessive night sweating (particularly after drinking alcohol), arrhythmia,  severe premenstrual cramping, or a low tolerance to alcohol (particularly red wine).