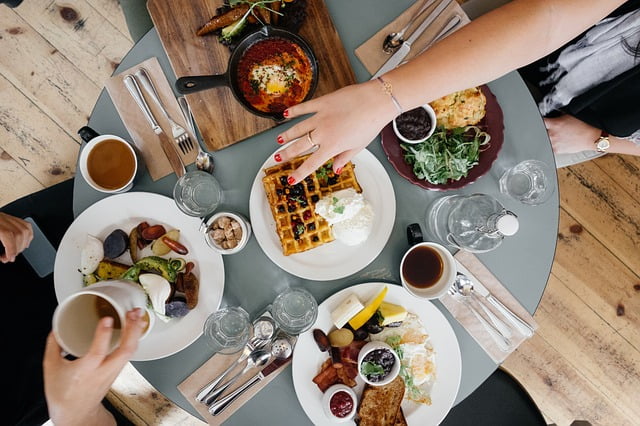 With awareness of food intolerance growing amongst Australians, more and more people are getting tested and changing their diets to improve their health.  A person can develop a delayed IgG-mediated food allergy (commonly known as a food intolerance) to virtually any food they eat monotonously however some food sensitivities are far more common than others.  This is mainly due to them being the more commonly eaten foods in the average person’s diet.  Here are the 5 most common food intolerances in Australia…

First of all, it should be noted that there is a difference between “dairy” intolerance and “lactose” intolerance – even though they come from the same food source.  A simple dairy intolerance is a sensitivity to any product made from or containing cow’s milk and is the result of an intolerance to the protein found in milk (i.e the casein or whey).  Lactose intolerance, by contrast, is caused by an enzyme deficiency and makes it very difficult for the person to break down or absorb the sugar in the milk. In order to properly manage your diet it is important to know which, if either, type of milk intolerance that you have.  Different tests exist for both disorders and a test for one will not detect the other.

Another common food intolerance is to the proteins contained in chicken eggs.  If you have an IgG food allergy to chicken eggs, you may experience symptoms within a couple of hours of consuming eggs with symptoms ranging from quite minor to rather severe.  This will depend upon your body’s tolerance level which varies from one person to another.  Some people can eat one egg without experiencing any symptoms while others can’t eat anything that contains even trace amounts of egg protein.  It is also possible to be sensitive to just one component of the egg (for e.g. the egg yolk, but not the white).

It is easy enough to avoid eating an egg on its own but can be difficult to eliminate products that contain egg protein.  Examples of foods that may contain egg protein are: sauces, mayonnaise, cakes and baked goods (including breads and biscuits), pastas, even sausages and hot dogs.  Fortunately, egg-free products are becoming increasingly prevalent in today’s society.

While peanuts are primarily associated with a type 1 food allergy, it is also possible to have a delayed food allergy (type 3) to the proteins found within the nuts and not be traditionally allergic to them.  Of course it is vitally important to know if you are truly allergic to peanuts since reactions can be quite severe and even fatal.  If your symptoms are more chronic (abdominal discomfort, for example), you may be experiencing an intolerance to peanuts rather than a true allergy.  As well as peanuts, it is quite common to find intolerances to other nuts and seeds such as almonds, coconut and macadamias.

Soybeans are processed into additives, oils and powder that add flavour and protein to commercially processed foods.  Soybean intolerance means that your body is having trouble digesting soy or that soy is creating irritation to your digestive system.  This can cause uncomfortable, painful or embarrassing symptoms which may occur within hours or could even take several days to manifest.  Soy intolerance may affect your gastrointestinal system but could also cause headaches, skin conditions, mood swings, irritability, depression or anxiety.  While simply not eating soybeans may sound simple enough, avoiding foods that contain or are made with soybeans or soybean extract can prove quite difficult especially if you are vegetarian or enjoy dining out.  A person with a soy intolerance may need to avoid tofu, soy sauce, baked goods, cereal, chocolate, nutrition supplements, sausages, and many more.

Around 15% of the population are intolerant to the gluten ingredient found in many products such as barley, oats, wheat, rye and spelt.  Gluten is a complex protein used in the baking process.  People with gluten or wheat intolerance may be able to eat small amounts of the gluten-containing foods, but larger amounts can cause them to feel unwell. Wheat can also trigger or worsen the symptoms of Irritable Bowel Syndrome.

Gluten intolerance symptoms can take up to 48 hours to surface after eating, which makes connecting the cause and the effect very difficult.  Most people who suffer from gluten intolerance do so for years without knowing the cause.  This is due to the delayed reaction as well as the fact that symptoms can also be attributed to many other medical conditions, including Irritable Bowel Syndrome, Crohn’s and Coeliac Disease.

It is also important to note the different between Coeliac Disease and Non-Coeliac Gluten Sensitivity.

With many foods that can trigger delayed food allergies and symptoms taking up to 72 hours to appear, it can be virtually impossible to know which food is really causing your symptoms. If you suspect that you have a delayed food allergy, it is best to undertake a reputable and reliable IgG test and find out exactly what is causing you inflammation so that you can effectively change your diet.