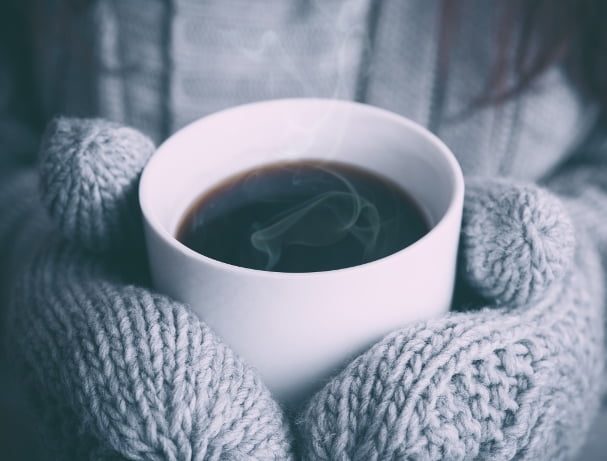 Are you feeling very average this time of year? If there is no obvious reason for you to feel blue, don’t despair – it’s most likely got something to do with the weather, lack of sunlight and a lesser known culprit: inflammation.

Seasonal Affective Disorder (SAD) is depression felt in the colder, darker months (however it can technically occur in any season) which can increase moodiness, irritability and fatigue while diminishing libido and general “life-force”.  In Australia it’s easy to take for granted the beautiful sunshine and neglect to prepare for the gloomy Winter that inevitably awaits us every year. The medical world still doesn’t quite understand what sets SAD off in some, while others are no affected. There is most likely a health problem underlying SAD which is present in the other months, but that simply worsens during Winter when the sun and warmth are no longer there to support our health.

So, if you have been feeling like a grizzly bear wanting to forgo all responsibilities and withdraw into a cosy sanctuary of hibernation for 3 months, then you are not alone and you should not ignore how you are feeling. Statistics won’t accurately reflect this problem, because so many Australians don’t realise there is a reason they are suffering, let alone report to their GP for help.

Here are 3 simple ways you can fight the urge to go foetal:

Test your Vitamin D levels and supplement with D3 if necessary

Vitamin D supplementation has been shown to be helpful in managing depression where an underlying deficiency is present (defined as blood concentration of <30 nmol/L to 49.99 nmol/L). What’s more, the most recent and ground breaking large scale meta-analysis of over 20,000 participants (published Feb 2017 in PLoS ONE) found that vitamin D deficiency is associated with increased risk of all cause mortality. Meaning, your chance of getting through any ailment, including seasonal depression, is increased merely by having sufficient stores of vitamin D.

Unprotected and adequate exposure to sunlight is the best way that we can synthesize Vitamin D, but when that’s just not possible you will likely have to supplement- the best way to do this is with Vitamin D3 capsules or oral spray.

Invest in a Light Therapy Lamp

A quick search of Google will show that these are near impossible to source in Australia – but until they are you can import them and use an adaptor for personal use. If you are suffering with SAD, don’t think twice about this one – the hard yards of scientific research have already been done for you and recent studies have even shown that bright light therapy may be useful as a monotherapy for nonseasonal depression.

The best hypothesis for how this works is via reducing inflammation and modulating the immune response, as SAD patients have increased inflammatory responses in Winter (increased cytokines, macrophages and interleukin-6 are among the inflammatory mediators held responsible).

“Bright light treatment and dawn simulation for seasonal affective disorder and bright light for nonseasonal depression are efficacious, with effect sizes equivalent to those in most antidepressant pharmacotherapy trials” – American Journal of Psychiatry (April 2005 )

This therapy is best when used daily for 30 minutes with a lamp of 10,000 LUX. You might like to have one on your desk at work!

What constitutes inflammatory foods? There are foods which are well known to cause general inflammation in the body which indirectly contribute to depressive symptoms:

This isn’t about demonising foods that also have the potential to bring happiness, it’s just about having awareness around how these foods can affect your mood, and take steps to keep more nourishing foods in your life. Tip: this doesn’t just apply to the cooler months!

More specifically, you can also identify and eliminate foods which cause inflammation only for you, aka food intolerances which are caused by an immune response to food proteins. Constant ingestion of these foods can eventually lead to the release of inflammatory mediators due to accumulating IgG antibodies, and as we now know there is a marked increase in inflammatory status in those with depression.

While this is just one piece of the puzzle, avoiding your intolerant foods is a lesser known benefit for mood improvement and something we do hear from people who have undertaken our testing.

Until human hibernation is a real thing, we hope this advice is helpful.