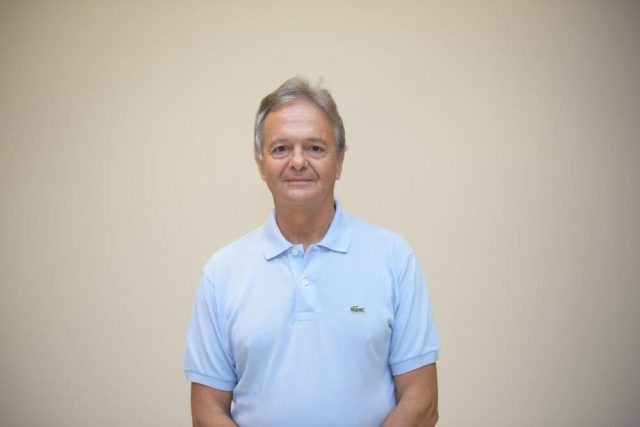 Dr Roger Mussi, member of the R-Biopharm ImuPro Advisory Board, is interviewed with particular interest to Non Coeliac Gluten Sensitivity

Over the years, Dr Mussi has seen around 1000 patients tested with ImuPro, in his Parisian cabinet. He was among the first in France to adopt this method and he has recently (2015) published a book named Je mange ce qui me réussit (translation: “I eat what is good for me”), published in France by the renowned editor Flammarion.

In which way do you consider ImuPro appropriate as a diagnostic tool for NCGS? Are there other tests, with an identical sensibility, available?

To my knowledge, there are no other tests with an identical sensibility. In numerous International bibliographies as well as in the literature, many studies confirm this new NCGS clinical entity. Most studies find, for the time being, that the clinical criteria remains to be more closely defined and that appropriate biomarkers for this condition are lacking. It seems that the authors of these studies either are not aware – or they ignore, that the ImuPro test seems clearly identifying NCGS.

To your experience, which are the symptoms or diagnoses which benefit the most by the elimination of gluten, if indicated by an IgG test?

They are numerous and I shall only mention some of them: digestive problems, first of all. Then, Functional Colopathy and Irritable Bowel Syndrome, headaches and migraines, Ear Nose and Throat disorders, pathologies related to joint, tendon and muscle, skin conditions like hives, eczema, and psoriasis, Chronic Fatigue Syndrome and Fibromyalgia, some neuropsychiatric disorders such as depression, bulimia, autism, Attention Deficit Hyperactivity Disorders, Autoimmune diseases (ulcerative
colitis, Crohn’s disease, Hashimoto’s disease etc.) are the most frequent .

It seems that the NCGS is a growing problem. Do you have an explanation for this phenomenon?

This may not exclusively be a problem of expansion, but simply that it was previously an unidentified phenomenon. It was thought – and this is still the main, overall approach that gluten intolerance equals Coeliac Disease (1% of the population) and that the rest of the population have no problem with gluten. This is obviously a false assumption. Patients, who are found with NCGS according to the IgG test, account for just over 50% of my patient base. If this figure is most likely to rise, this is due to the increase of the gluten content of breads and various food products derived from- or added wheat flour. This is already 70 year old knowledge.