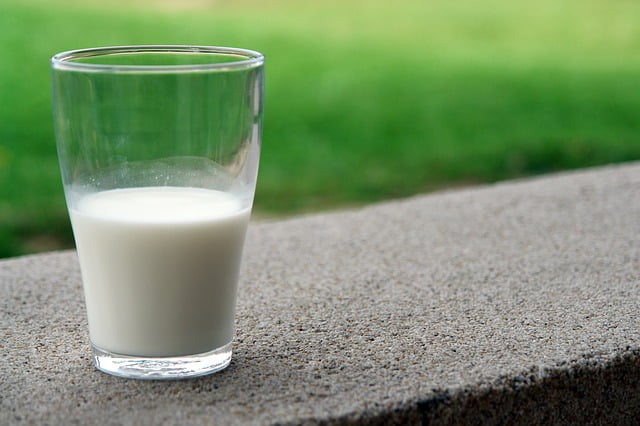 Cow’s milk is a fairly common allergen and is not uncommon to come up as an elevated trigger food. What can be quite puzzling though is when there is a reaction to cow’s milk but no reaction to something made from cow’s milk, i.e cheese or yoghurt. How is this possible? In this article, we answer some of those frequently asked questions.

What is the difference between Cow’s milk and cooked Cow’s milk? How can I have a stronger reaction to one and not the other?
Cooking, or boiling, milk changes the protein structure therefore changing the molecular structure of the product.  This results in the destruction of proteins to which most allergic reactions occur.  In many cases, cooked milk is more compatible for people who suffer from milk intolerance.  Note that ‘cooked milk’ does not refer to UHT milk or simply heated milk (nor does it include milk cooked in a product, i.e. baking a cake).  To properly change the protein structure of milk by cooking it, the milk must come to a rolling boil for at least 30 minutes and have the skin removed from the top.

It is important to keep in mind that the sugars in the milk (the lactose), are not destroyed during this cooking process therefore people suffering from lactose intolerance still cannot have cooked cow’s milk.

What are “sour-milk products”?
Sour-milk is a general term for milk that has acquired a tart taste either through bacterial fermentation (which can be referred to as fermented milk or cultured milk), or through the addition of acid such as lemon juice or vinegar which causes the milk to curdle and form a thicker consistency (which can be referred to as acidified milk). Some typical sour-milk products include: Buttermilk, Yoghurt, Whey, Curd cheese and sour-milk cheeses such as cottage cheese. Most sour milk cheeses are white mould cheeses or red mould cheeses, and many are flavoured with Caraway.

What is “Rennet cheese”?
Rennet cheese simply means cheese that has been made using milk from an animal (in the case of ImuPro testing, it is Cow’s milk cheese).  Rennet cheese can include: Camembert, Gorgonzola, Brie, Cheddar, Edam, Jarslberg, Stilton, Mozzarella and many many others.  If you have reacted to Rennet cheese, you should not have any kind of cheese made from Cow’s milk.

How can I react to Cow’s milk but not Halloumi or Rennet Cheese?
Halloumi and rennet cheese actually have a different protein structure to that of Cow’s milk.  Halloumi is cooked for 90 minutes during production which changes the protein structure of the casein making it easier to digest.  The same goes for rennet cheese – during the fermentation process the milk protein (casein) is subject to transformations which makes it much easier on the stomach.  Because of this, some people may be able to have halloumi or rennet cheese, even if they have an intolerance to cow’s milk.