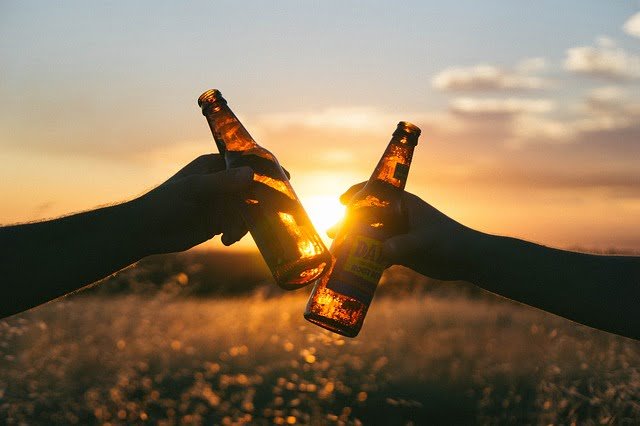 Most people like the odd drink now and again: a relaxing beer after work on a hot day or a glass of wine with dinner…  and, while we all know alcohol is something not to be over-indulged, sometimes it’s a hard thing to knock back (especially at this time of year!).  Here we look at whether you should cut out alcohol altogether while discovering your food intolerances.

Could alcohol be your trigger food?

The body can be intolerant to alcohol itself, though more commonly any such intolerance will be to the foods which are used to produce alcohol (such as grapes and grains) or other substances used in alcohol production (such as yeast, certain additives and natural or artificial flavourings).

Histamine intolerance (brought on by a deficiency of the DAO enzyme) may also be an explanation for flare-ups after consumption of alcohol.  A particularly red-face or stuffy nose after drinking can be an indication of DAO enzyme deficiency.  A person with a DAO deficiency would be advised to eliminate alcohol (and any other foods rich in histamine) from their diet while discovering their exact food intolerances.

Having said this, eliminating alcohol from a food intolerance diet, irrespective of potential intolerance to its underlying ingredients, is likely to help your food intolerances be correctly identified and assist your diet change more easily.  This is because of the way the body reacts to alcohol.  It is generally recommended to avoid alcohol and caffeine when embarking on any kind of detox – simply because it will help you in the detoxification process.

Alcohol affects the gut by making it more permeable, which allows a greater number of food molecules to permeate the body and can cause symptoms of food intolerance to worsen.

How a food intolerance diet works

When on a food intolerance diet, potential foods to which the dieter is intolerant are cut from their daily diet.  This is also called an elimination diet – helping to stabilise and reduce bodily reactions to the offending foods and aiding the identification of specific intolerances.

Once symptoms have been significantly reduced, or have disappeared altogether, foods are then gradually reintroduced into the diet. If symptoms of intolerance or inflammation occur after reintroduction of that food, the offending food can then be isolated and avoided for a longer period of time.

Drinking alcohol throughout a food intolerance diet can make this identification process difficult by upsetting the intestinal wall so alcoholic beverages (and caffeine) should be avoided at least during the first stages of a new diet, while the immune system is stabilising.

An IgG test like ImuPro does not analyse the beverages themselves, but instead the individual ingredients (such as grapes, cereals, yeast and malt) are tested.  If you have increased quantities of IgG antibodies to one of these ingredients, you will have to completely do without that particular beverage during the elimination period.

Abstaining from alcohol will aid in the detection of food intolerances…

Alcohol is of course a semi-luxury but, realistically, you will probably find yourself in social situations where having a drink is hard to avoid.  If alcohol is consumed, try to note any symptoms – and their severity – brought on by the alcohol, including which alcohol you had, the amount, and which particular food combinations you may have eaten while having your drink.