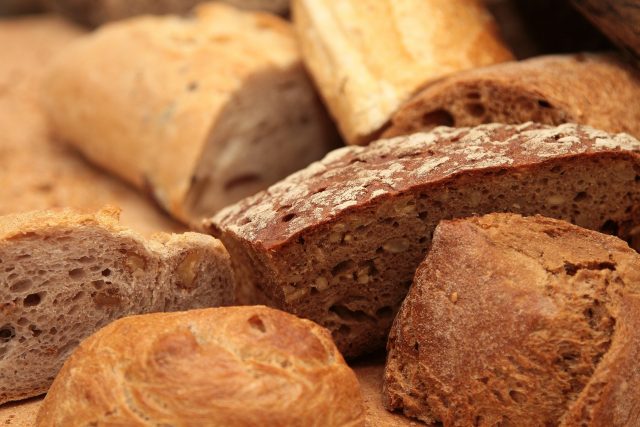 It’s becoming more and more common to have problematic reactions after consuming foods that contain gluten. Gluten intolerance and coeliac disease are the most common diagnoses among those who have problems consuming gluten, which is a protein found in wheat, rye, barley and sometimes oats.  It is important to note that gluten isn’t just exclusive to foods – it can also be found in vitamins, medicines, lip balms and (oddly enough) even lickable envelopes and stamps!

Although coeliac disease is a permanent disorder and the symptoms will vary from person to person, some people are asymptomatic.  Being asymptomatic means the small intestine is still able to absorb enough nutrients to prevent symptoms from occurring however this does not always mean you are free from the complications that coeliac disease can cause.

Gluten intolerance and coeliac disease can contain a wide variety of symptoms. Common symptoms to watch out for typically include gastro-intestinal issues (gassiness, diarrhea, stomach pain, bloating, constipation and nausea), weight loss/gain, headaches and fatigue.  Depression, irritability and behavioural changes may also occur.  Children may actually appear as if they have malnutrition (which, technically, they do) and may have an extended belly.

It used to be more difficult (and it still can be) to diagnose coeliac disease and gluten intolerance since symptoms are very similar to other illnesses, like Irritable Bowel Syndrome, Crohn’s Disease and Chronic Fatigue Syndrome.  Fortunately, tests can be done to rule out or determine if you’re suffering from coeliac disease. Common tests include blood tests that screen certain raised auto-antibodies, as well as a small intestinal biopsy. It is extremely important to continue eating gluten until you are tested since it is the presence of gluten that raises these auto-antibodies in the blood. Coeliac disease is hereditary and if one person is diagnosed, the whole family should be checked.

ImuPro does not test for coeliac disease, rather Non-Coaliac Gluten Sensitivity which is an  IgG-mediated gluten intolerance.  If coeliac disease has been ruled out, but you still feel that gluten affects you, it is likely you just have NCGS.

If coeliac disease is left untreated, it can cause severe damage to the lining of your intestinal wall leading to more severe problems like malnutrition, nutritional deficiencies and dehydration. If you do not cut gluten from your diet, or catch it in time, it can further progress causing damage to your major organs, which can lead to problems like iron deficient anemia and even cancer.